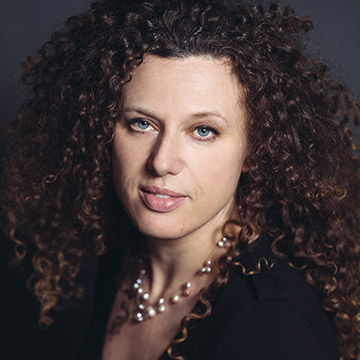 Additionally, my studies of the Taubman Approach over the years with the leading exponent of this work, Edna Golandsky, have led to me being accepted into the Golandsky Institute’s Professional Training Program. Upon completion of the rigorous requirements of the program, I will be one of the few certified Taubman instructors in Australia. By utilizing this technique in my teaching work, I have successfully helped numerous pianist overcome playing related limitations, discomfort and pain (see testimonials below). This ground-breaking technique was developed in the USA by Dorothy Taubman using over 50 years of practice-based research. Her approach has had remarkable success in assisting pianists to overcome playing-related injuries and (re)gain healthy virtuosity. More information can be found at www.golandskyinstitute.org.

My students are often awarded top prizes at piano eisteddfods, are regularly chosen to perform as soloists with their school’s orchestras, have received top marks for VCE Music Performance, and have been routinely successful in completing AMus and LMus Diplomas.

Limited places are available in my studio upon successful audition for regular tuition or one-off consultations. Please contact me to discuss your needs and musical aspirations.

A choral setting of Julia Gillard’s ‘misogyny speech’ replete with her every cadence and rhetorical rhythm, went viral a few years ago. The former PM’s musical amanuensis was composer Robert Davidson whose obsession with what he calls “voice portraiture” reaches its zenith in this fabulous and virtuosic multimedia work.

The undisputed hit of the 2017 Canberra International Music Festival, Davidson harnesses the voices and visual footage of 19 artists and politicians (Brecht, Goebbels, JFK, Percy Grainger, Judith Wright, David Malouf, Whitlam and, yes, DJ Trump among them), capturing the music of their often iconic speeches, and crystallising it in a score played live with astonishing brilliance by Sonya Lifschitz. The text is sometimes followed to the syllable, at other times looped and mashed up to create wild flights of what could be mistaken for Cuban jazz riffs.

The title refers to courageous Russian pianist Maria Yudina, an outspoken champion of artistic freedom whose recording of a Mozart concerto was ironically on Stalin’s turntable when he died. Ukrainian born Lifschitz, for whom the music was conceived, approaches her formidable task with equal fearlessness.

“A captivating interplay between piano and the voices of history. ★★★★1/2” Limelight Magazine

A smash hit at its 2017 premiere at Canberra International Music Festival, Stalin’s Piano is a compelling musical exploration of a century of history, art and politics. Celebrated pianist Sonya Lifschitz weaves virtuosic music together with video and audio recordings of eminent artists and political figures in this striking multimedia composition by Robert Davidson.

Musical vignettes of notable identities are entwined with actual excerpts from their lives and work, from Le Corbusier to Shostakovich, Jackson Pollack to Ai Wei Wei, and Julia Gillard to Donald Trump.

Robert Davidson is renowned for unearthing the hidden musicality of speech in his works, creating a new dialogue between voice and instruments.

Praised by the New York Times and The Age as “dynamic” and “powerful”, Sonya Lifschitz is internationally-recognised as one of Australia’s most innovative and fiercely creative musical voices.